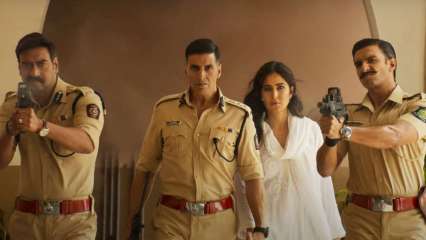 Amid the rising cases of coronavirus in India and especially in the Chief Minister Uddhav Thackeray-led state of Maharastra, the makers of ‘Sooryanvanshi’ have postponed the release of the film yet again.

In other news, just one day ago, Akshay Kumar also announced that he has tested positive for the novel coronavirus. After getting tested positive, Akshay Kumar has now also been hospitalised. The actor took to his social media pages and confirmed it. He wrote, on Monday, “Thank you, everyone, for all your warm wishes and prayers, they seem to be working. I am doing fine, but as a precautionary measure under medical advice, I have been hospitalised. I hope to be back home soon. Take care.”

As per a report in The Times of India, Akshay has been admitted to Hiranandani Hospital in Powai. The actor was taken to the hospital at 5 pm on Sunday, soon after he was tested positive for coronavirus.

Rohit Shetty had announced last month that the Akshay Kumar and Katrina Kaif starrer will be hitting the screens on April 30. However, the release date has been pushed yet again while an official announcement is yet to be made.

‘Sooryavanshi’ also has Ajay Devgn and Ranveer Singh in special appearances reprising their roles as Singham and Simmba respectively.