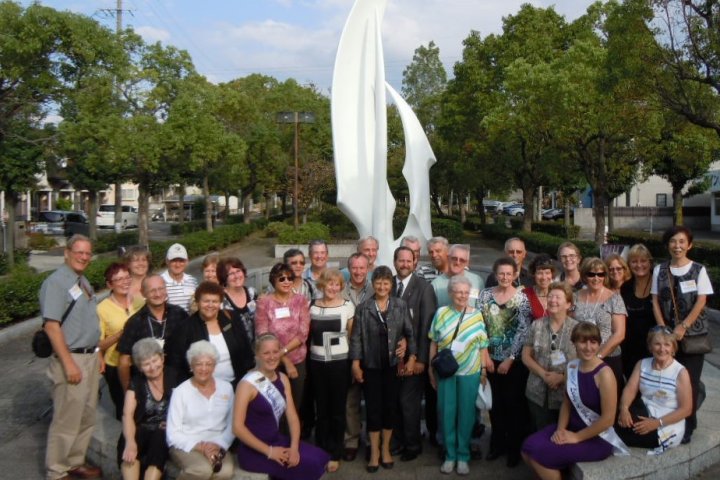 “It’s a reciprocal agreement between the city of Kasugai in Japan and ourselves and we had Roy Tanaka who was instrumental in setting that up,” said Arlene Henderson, president of the Kelowna-Kasugai Sister City Association.

“Over the years we have had delegations visit back and forth.”

Those delegations have been in the form of student exchanges, boys and girls club visits, wine festivals and more. The best-known result of the sister city agreement is Kasugai Gardens in the heart of Kelowna, an oasis tucked behind Kelowna City Hall.

“In this garden, they are creating a mini world,” said Ken Fix, a member of the Kelowna-Kasugai Sister City Association.

“Everything has meaning. There are seven different aspects to this garden in Kasugai Gardens.

The garden features a zen garden, tea gardens, stone lanterns, a waterfall and a pond filled with koi fish.

The garden was cared for by Roy Tanaka who passed away in 1995, for whom a statue stands in his honour for his key role in the sister city friendship.

In return, there’s a piece of the Okanagan nestled in Japan.

“They have Kelowna Boulevard which is in a residential area which culminates in a miniature Sails (statue). So you can go and get your picture taken with The Sails,” said Henderson.

The iconic fibreglass sculpture, which has become synonymous with Kelowna ever since it was created in 1978 by Robert Down Reid, has a smaller version in Kasugai, measuring two feet.

The association is looking for new members to help keep the sister city friendship alive for another 40 years.