Amid the continuous spike in COVID-19 cases, around 6 lakh devotees arrived in Haridwar on Wednesday for Baisakhi snan, which is considered to be the biggest of all four shahi snan and 11 snan of Kumbh combined.

And while restrictions and night curfews are being imposed across the country in various cities, to contain the spread of the novel coronavirus, the Mela Officer has said that the Kumbh is to continue and he has no information to curtail it, according to a report in ANI.

Meanwhile, actor and television presenter Karan Wahi has been receiving death threats over his post on the Naga Babas who converged at the Har Ki Pairi in Haridwar to take a holy dip in the river Ganga during the shahi snan of the Kumbh Mela this week.

Taking to his Instagram stories, Karan wrote, “Isn’t there a Work From Home culture for Naga Babas? Like get water from Ganga and take a shower at home #justcurious #kumbhmela. (sic)” 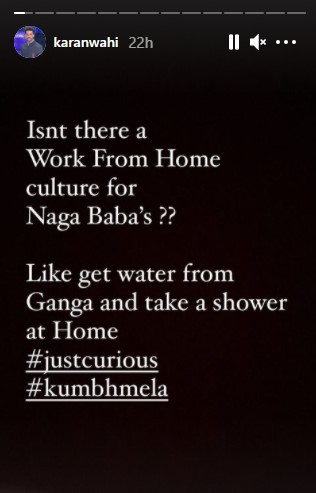 And while many have termed the religious festival as a ‘superspreader’ including international media publications, Karan’s remarks did not go down too well with the netizens who demanded that he take down his post over the Naga Babas.

Netizens slammed Karan for ‘hurting Hindu sentiments’ while a section of social media users even alleged that he had propaganda against the Hindus and hurled abuses at him and gave him death threats constantly asking him to ‘delete his propaganda story against Naga Babas’.

Karan took to his Instagram Stories to share the screenshots of the various abusive and hate messages he received on his DM. Take a look: 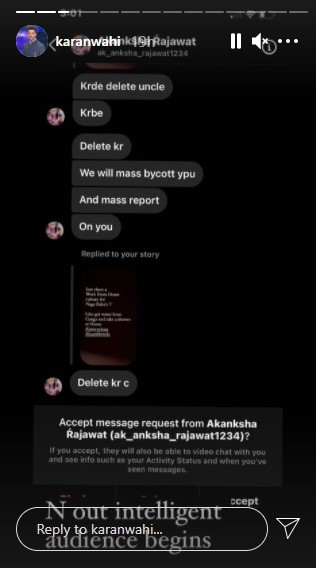 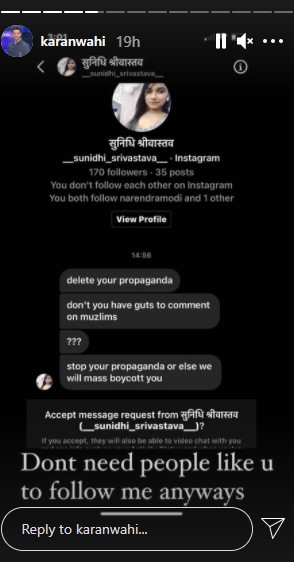 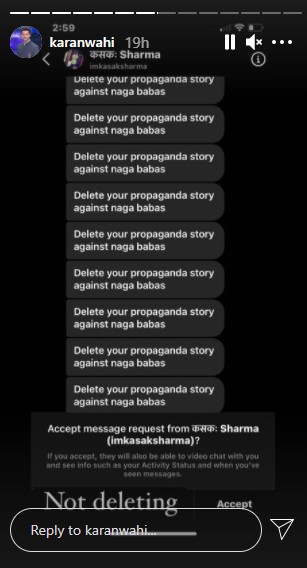 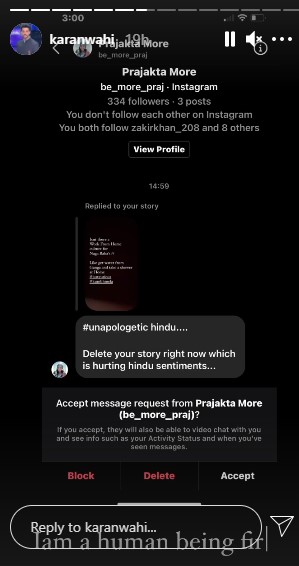 After receiving the hateful messages, Karan dropped a message for his trolls saying that they need to read what being a Hindu is. 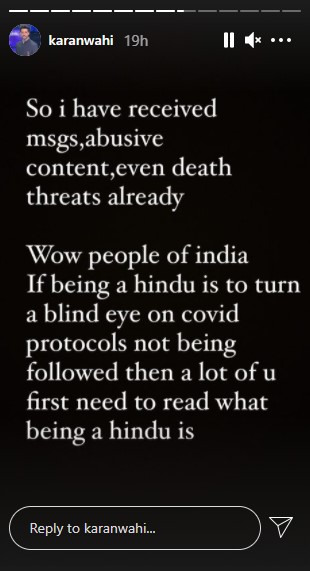 Meanwhile, the state of Uttarakhand recorded its highest single-day spike in COVD-19 cases with 1,953 people testing positive in the last 24 hours, as per an April 14 report in ANI.