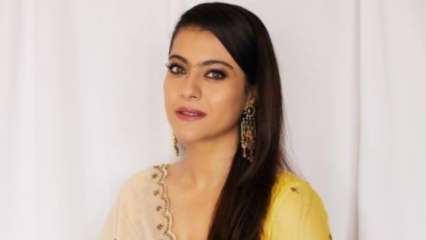 When actress Kajol debut in the Hindi film industry, she did not conform to the beauty benchmark of the quintessential Bollywood heroine. Her dusky skin, wavy hair and a unibrow set her apart from other actresses in the 90s for all looked ‘perfect’ for the onscreen job. However, nothing stopping Kajol’s career from flourishing. On the basis of sheer talent and magnetic onscreen presence, Kajol stole the hearts of the audiences and paved her way to stardom. She gave hits one after another and even today is considered to be in the league of top heroines of the showbiz industry.

But even though the audience accepted Kajol as she was, in a recent interaction with Netflix India, the ‘Tahnaji’ star revealed that it took her many years before she could see herself as ‘beautiful’, despite being very confident about herself.  “The idea of seeing the beauty in imperfection is something my grandmother tried to instil in me at a very young age. She was considered one of the great beauties of her time, but she always told me, ‘It’s my slight cockeye that makes me beautiful!’ Yet, it was many years before I could look at myself in the mirror and go, ‘You are beautiful!’,” Kajol told Netflix India.

Kajol added that although she was very confident and could see herself as someone who is smart, sexy and attractive, ‘beautiful’ wasn’t an adjective she associated with herself for a very long time.

She said, “Don’t get me wrong – I was very confident in my skin growing up. There were many adjectives I applied to myself: attractive, smart, cool, sexy even. But I didn’t consider myself beautiful. A lot of it had to do with what everybody was spouting at that time. It took me a long time to arrive at ‘beautiful’. Today, it’s an entirely different thing. I don’t mean to sound conceited but I often catch myself in the mirror or in a selfie and I’m like, ‘Wow… I’m stunning! I hope women everywhere are having similar conversations with themselves.”

Earlier, in a special episode of streaming platform Netflix’s Behensplaining, Kajol opened up about her parents, Shomu Mukherjee and Tanuja’s separation when she was only four-and-a-half-year-old.

While acknowledging the fact that she had an ‘amazing upbringing’, Kajol said that she totally gets ‘if it had gone even slightly wrong what it would have been like’, hinting at that she would have had a troubled childhood had things gone wrong.

“I had the most amazing upbringing ever. I am very lucky to have been brought up by such a forward-thinking, amazing person who taught me so much about life, growing up and about being an adult from the time that I was a child. But I totally get if it had gone even slightly wrong what it would have been like,” Kajol said.

She continued, “My parents separated when I was about four-and-a-half years old and it could have gone very wrong. I have so many friends whose parents are together till today but not in the best spaces. They have not had great childhoods. I loved my father separately, I loved my mother separately and I loved them together as well.”

The only thing she said she regretted was not having the opportunity to play her parents against each other. “I tried very hard but both my parents were too smart. They are too evolved. Damn!”, Kajol laughed.

Earlier, in an interview with IANS, Kajol cherished her special bond with her mother Tanuja, and said she truly understood her only after she had a daughter. The actress says she realised her mother’s sacrifices after having her daughter Nysa.