Jennifer Lopez and Alex Rodriguez call of their engagement 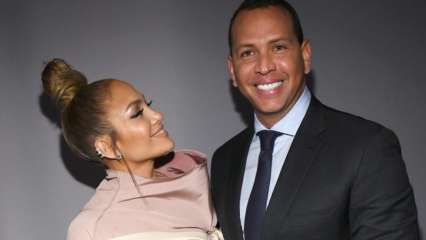 Jennifer Lopez and Alex Rodriguez have officially called it quits! On Thursday morning (local time), in a joint statement, the couple shared the news of ending their engagement weeks after attempting to work past issues.

Jennifer and Alex shared a joined statement with PEOPLE which read, “We have realized we are better as friends and look forward to remaining so. We will continue to work together and support each other on our shared businesses and projects. We wish the best for each other and one another’s children. Out of respect for them, the only other comment we have is to say is thank you to everyone who has sent kind words and support.”

The news of Jennifer and Alex’s broken engagement comes weeks after they made a joint statement announcing they are together and “working through some things”.

Meanwhile, a source was quoted telling the publication at the time, “They never officially broke up and talked about it but are still together. They hit a rough patch. But were not broken up.”

At the time, the source had added that the speculation around Rodriguez’s rumoured affair with Southern Charm’s Madison LeCroy was the reason behind the couple calling it quits “had no bearing on the rough patch at all.”

For the uninformed, J.Lo and Rodriguez, known as A-Rod, began dating in early 2017 and announced their engagement in March 2019.

Jennifer has 13-year-old twins from a previous relationship with singer Marc Anthony and had a high-profile but short-lived romance with actor Ben Affleck.

The couple, known in the media as J-Rod, were last photographed together in late February in a romantic embrace in the Dominican Republic, where she is shooting a movie.