Welcome to FiveThirtyEight’s politics chat. The transcript below has been lightly edited.

sarah (Sarah Frostenson, politics editor): In the last two weeks or so, President Biden’s approval rating has ticked up from 41.1 percent to 42.9 percent, according to FiveThirtyEight’s presidential approval tracker. The share of Americans who disapprove of the job he’s doing has ticked down, too, from 53.6 percent to 52.3 percent.

Historically, State of the Union addresses haven’t moved the needle much, but Biden seems to have benefited at least a little bit from his March 1 address — perhaps in large part because it allowed him to once again address Russia’s ongoing invasion of Ukraine and the U.S.’s response.

It’s hard to know whether this current bump will last, but let’s tackle Biden’s approval rating in two parts. First, what do we know about why his approval rating has ticked up? Can we point to certain issues or groups where his standing has improved? Second, how should we think about this uptick? Is it a sign of things turning around for Biden, or is it more of a blip?

OK, first up, why do we think Biden’s approval rating is inching up?

nrakich (Nathaniel Rakich, senior elections analyst): It’s impossible to totally disentangle all the events of the past month or so, but I think the simplest answer (which is usually the right one) is the crisis in Ukraine. 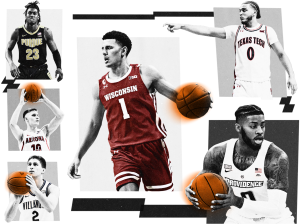 ameliatd (Amelia Thomson-DeVeaux, senior writer): At the start of the Ukraine crisis, Americans were on board with the steps that Biden was taking but still didn’t approve of his handling of the crisis. It now seems, though, that some folks are giving him credit.

nrakich: Exactly, Amelia. And I think overall media coverage has had more to do with that than the State of the Union. Cable news has covered the war in Ukraine very intensely. For example, on Feb. 24, the day after Russia started its invasion, Ukraine was mentioned in 3,095 15-second clips on CNN, Fox News and MSNBC. To put that in perspective, on Election Day 2020, former President Donald Trump was mentioned by name in only 2,675 clips.

That level of media coverage matters, especially when Americans generally approve of the actions Biden is taking with regard to Ukraine, and is likely more responsible than the State of the Union address for the uptick we see in his approval rating.

ameliatd: Although in fairness, Biden talked a lot about the war in Ukraine in his State of the Union address, which may have contributed to some of that coverage.

The bigger question for me, though, is who is changing their minds on Biden? Last month, Alex Samuels and I wrote a story documenting how Biden seemed to have lost his shine among some Democrats starting last summer. If what we’re seeing is mostly just Democrats coming back into the fold, that’s not as dramatic as a shift among independents (or even — in a crazy world — Republicans!).

geoffrey.skelley (Geoffrey Skelley, elections analyst): Right, I don’t think we have quite enough data yet to declare that it’s down to Democrats supporting Biden more, but that would make the most sense. If Biden’s approval ticks up further, that’s what I’m mainly watching for.

ameliatd: A recent Morning Consult poll indicated Democrats and independents were driving the shift in Biden’s approval, but as you said, Geoffrey, it’s early days.

sarah: What do we see in the data we have so far? After all, a 2-point bump from March 1 isn’t a huge shift.

nrakich: No, Sarah, it’s not a huge shift, and I think that’s reflective of the fact that Biden is facing very real headwinds such as inflation. Americans still say the economy is their top — or one of their top — issues.

geoffrey.skelley: It’s really hard to say. Some polls have shown Biden gaining, while others have shown his approval largely unchanged. For instance, CBS News/YouGov put Biden’s approval at 44 percent in late February, and at 43 percent (so basically the same) a week and a half into March.

nrakich: Yeah, Quinnipiac also found his overall approval/disapproval mostly unchanged, from 35/55 in mid-February to 38/51 in early March, even as Americans warmed to his handling of Ukraine, which went from 34/54 to 42/45.

ameliatd: Well, I think it’s important to remember that this is happening in the context of a big spike in gas prices — which would normally be terrible news for a president’s approval rating.

Our colleague Santul Nerkar wrote in December why inflation is such a powerful political issue, and as you can see in the chart below, inflation often coincides with a sharp drop in a president’s approval

So even though Biden’s approval rating hasn’t improved by much, it’s notable that it hasn’t gotten worse given how bad inflation is right now. Some people seem inclined to blame Russian President Vladimir Putin for the current surge in gas prices, but it’s not clear how long that will last. It could be a short-lived buffer for Biden if the war drags on and gas prices keep going up.

geoffrey.skelley: Biden’s approval rating has more or less ticked up to where it was in January, but it’s still a very small shift.

On the one hand, that isn’t that surprising given just how polarized our politics are; small shifts in presidential approval are the order of the day now. Rather, what has been surprising about Biden’s approval rating is how much it dropped in the late summer and early fall, around the time of the messy withdrawal of U.S. troops from Afghanistan and the surge in the delta variant of the coronavirus in the U.S.

Biden’s approval rating declined by nearly 8 points from late July to early September last year, which marked a sharp drop over a fairly short period. Such a sizable and quick swing is unusual in our day and age, in which presidential approval has tended to be pretty stable. This may have partly been due to Biden’s “honeymoon period” ending pretty quickly, but it was still a precipitous slide: In our historical approval data, Trump’s approval rating never dropped that much in any month-and-a-half period, and former President Barack Obama’s did just once.

ameliatd: Do you think we’re in a situation, Geoffrey, where presidential approval no longer rebounds quickly? Compared to past periods, it seems easier in our gloomy political era for voters to quickly turn on a president than it is to suddenly decide he’s doing OK after all.

geoffrey.skelley: Amelia, I would not rule it out entirely, but it would probably take fairly special circumstances, like a particularly strong rally-’round-the-flag moment — a stronger one than we’re in now.

nrakich: Ah, Geoffrey, you’ve stumbled onto one of my pet peeves! To paraphrase LL Cool J, don’t call it a rally-’round-the-flag effect!

As I wrote earlier this month, a rally-’round-the-flag effect has two specific causes: heightened patriotism and a lack of criticism from opposition parties. But I’d argue neither condition is met in the U.S. right now.

Instead, I would say what we’re seeing is a very rational public reaction to Biden’s handling of the crisis. This may seem like an academic distinction, but I think it’s an important one. After all, rally-’round-the-flag effects are about emotion: “I love America, and therefore I love our president!” But Americans’ response to what’s happening in Ukraine has been more rational: “I approve of the president’s actions, and therefore I like our president (marginally) more.”

ameliatd: One thing that is shifting, though, is that Americans are more likely to see Russia as an enemy and more likely to see Ukraine as a friendly country or an ally. Interestingly, that shift is happening among both Republicans and Democrats, which could explain why we’re not seeing more of a shift in Biden’s approval rating. People are having a reaction to the war — maybe even an emotional one — but it’s dampened by partisanship.

geoffrey.skelley: Not to mention, there are so many other factors weighing Biden down, such as inflation, the COVID-19 pandemic, supply chain issues, gas prices, etc. If the status quo of any of those issues suddenly improved, Biden’s approval would likely improve, too.

Put another way, you need a real rally-’round-the-flag effect to overshadow those issues now, which, to Nathaniel’s point, hasn’t happened.

sarah: Speaking of which … Americans still generally don’t approve of how Biden is handling the economy and/or the pandemic, right?

nrakich: Well, his approval rating on the pandemic has actually improved. In fact, in our coronavirus presidential approval tracker, he rose above water in early March for the first time since early January.

This could reflect the fact that case counts are way down again as the omicron surge has faded — which, of course, could be another reason why Biden’s overall approval rating has ticked up.

geoffrey.skelley: At the same time, though, Americans aren’t quite as concerned with the coronavirus as they once were. According to Gallup, 13 percent of Americans said it was the country’s most important problem in February, which is not low in the grand scheme of things, but it is notably less important to Americans than it has been over the past two years. For much of 2021, around 20 percent or more named the coronavirus as the country’s top challenge, and 45 percent answered that way in April 2020.

Moreover, as Geoffrey said, the pandemic isn’t the key issue it once was for voters; instead, it’s the economy. And on that issue, Biden gets abysmal ratings. Sixty-three percent of voters said they “somewhat” or “strongly” disapproved of Biden’s handling of inflation and rising costs in that Wall Street Journal poll, with 47 percent saying they thought Republicans were best equipped to handle inflation, versus 30 percent who preferred Democrats.

ameliatd: There are just so many forces working against Biden right now. People are super unhappy in general. It’s not hard to see why they’d blame the president for that unhappiness — fairly or unfairly.

geoffrey.skelley: The buck stops here, as former President Harry Truman famously noted, and that’s how it goes as president — you get to enjoy the good, but you have to suffer the bad, too.

sarah: What should we make of Biden’s approval rating, then? Is it showing signs of rebounding? Or not really?

ameliatd: I think it’s a good sign for Biden that he’s getting some Democratic enthusiasm back. He’s also on track to appoint the first Black woman to the Supreme Court — that’s a campaign promise he’s making good on.

Maybe things are going from really dire to only kinda sorta dire? That’s, of course, based on my very scientific direness scale.

geoffrey.skelley: Biden’s approval has ticked up, but I’m not sure I would call it a rebound. I think we have to wait and see whether his approval rating climbs a bit more.

And to Amelia’s point, perhaps that happens due to other factors, like his Supreme Court pick, although I think it’s safe to assume that what’s happening in Ukraine will continue to overshadow most things besides inflation. Still, Biden could benefit if people continue to be OK with his handling of the crisis. Of course that could change, too.

ameliatd: I also think we’ll have to see how things go. If the war in Ukraine slogs on and prices keep going up, people might stop giving Biden so much credit for his handling of the war — and blame him even more for the economic fallout of the conflict. That’s not where we’re at right now, obviously, but I could see us getting there in the future.

nrakich: On The Bachelor, contestants often say “I’m falling in love with you” instead of “I love you” because, well, they’ve only known these people for a few weeks. In the same vein, yes, Biden’s approval rating is “showing signs of rebounding,” but it certainly hasn’t “rebounded.” How Republicans Are Thinking About Trumpism Without Trump