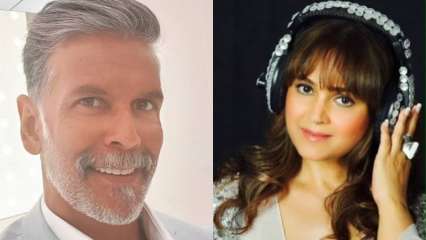 Supermodel-turned-actor Milind Soman became the heartthrob of the nation after the 1995 hit song Made In India released. And, it wouldn’t be wrong to say that there’s hardly a soul from the 90s who hasn’t heard ‘Queen of Indiepop’, Alisha Chinai sing and grooved to ‘Made in India’ in her husky yet captivating voice.

And even though it’s been 35 years since the release of the song, ask any 90s soul, ‘Made In India’, featuring Milind Soman will top their list of indie pop songs from that era.

But, turns out, had Alisha not intervened, Ken Ghosh who created the iconic video, would not have cast Milind Soman in ‘Made In India’.

In a recent interview with  Indian Express, Alisha, who also featured in the music video, said, “Ken Ghosh conceptualised the video. I had to catch him at the collar and tell him I want Milind Soman, I want the snakes, the astrologer, the elephant, all the Indian elements. Then he made the whole story. The colours, the Indian-ness looked so magical. It revolutionised the whole pop scene on television. This was the first time they were seeing a singer who’s being herself and not lip-syncing. It was the perfect song at a time when everyone’s morale was down because anything Indian wasn’t regarded as very good. So, this made every Indian very proud. The “Made In India” brought out the whole patriotic feeling.”

Talking about Milind being cast in the music video, Alisha added, “He was already a hot model. I just said we have to take him. He was the first and the only choice.”

Alisha’s distinct voice turned her into a pop sensation and she was honoured with the sobriquet ‘Queen of Indiepop’. When asked how did she embrace the unofficial title, the singer said, “It does suit me because essentially, anything with pop in India was synonymous with being westernised. And my voice is not typically Indian, so I don’t fit that mould. Then of course I love singing dance songs, something with masti, energy and some romance too.”

When asked about what would she like to change in the music industry today, Alisha said, “Unfortunately, there’s no music left. All the melodic composers have disappeared. There’s no real melody, only production. Everything is digitised and artistes are not getting what they deserve.”

As for Milind Soman, he was last seen in the web-series ‘Paurashpur’. He has featured in several Bollywood film, is a marathon runner and fitness enthusiast.