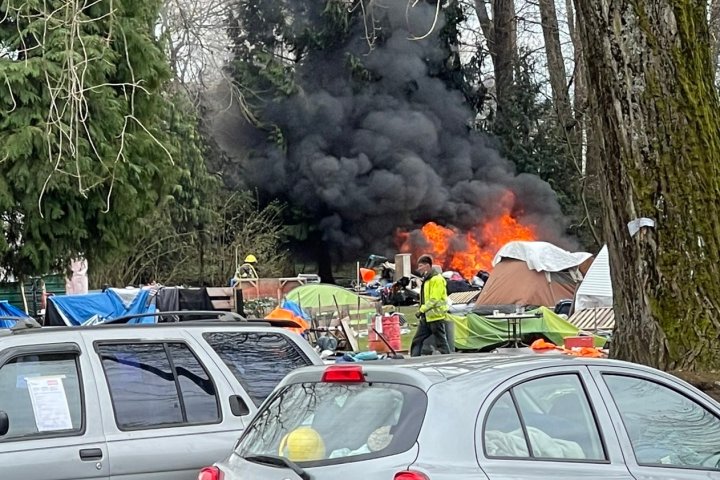 Fire crews were called to Vancouver’s Strathcona Park where what one witness described as a “huge” fire broke out Friday afternoon.

Photos posted to social media showed flames and a thick column of black smoke pouring from the area occupied by a long-running homeless encampment.

Vancouver Fire and Rescue Services said it had been deployed but had no other immediate information.

The park has been the site of a contentious homeless camp since June, 2020. In February, the Vancouver Park Board moved to clear half of the park from campers and begin remediating the site.

Provincial officials and BC Housing have set a target of the end of April to find housing for the several hundred people who have been sheltering there.

The encampment has been the site of several deaths and serious assaults over the course of the last year.