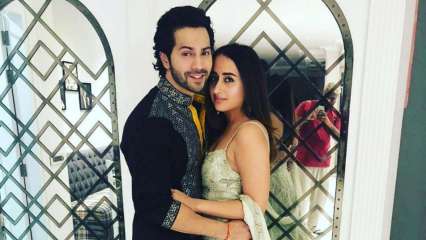 Bollywood heartthrob Varun Dhawan is all set to tie the knot this weekend with longtime girlfriend Natasha Dalal and wedding festivities have already begun in Alibaug. On Saturday, as per the latest development, the actor arrived at the venue for his Sangeet ceremony.

Earlier on Friday, members of the Dhawan and Dalal family were snapped arriving at the wedding venue in Alibaug along with the bride-to-be, Natasha.

Meanwhile,  Varun’s parents David and Karuna Dhawan, and brother Rohit Dhawan with wife and daughter, were snapped by paparazzi in Alibaug, kicking off wedding festivities.

Apart from Varun and Natasha and their family members, filmmaker Shashank Khaitan, filmmaker Kunal Kohli with family, Varun’s niece Anjini Dhawan, and fashion designer Manish Malhotra have also arrived at the venue. Many other celebrities are expected to be part of the wedding festivities during the weekend.

The Dhawans have blocked an entire resort facing the beach in Alibaug and are planning a grand yet restricted wedding ceremony. The wedding functions will extend over three days, on January 22, 23 and 24, with guests following the bio bubble protocol. The guests’ list includes immediate family members of the couple along with close friends and colleagues. The resort chosen as the wedding venue is called The Mansion House, a popular spot for destination weddings in Alibaug.

In the meantime, as the preparations for the wedding are underway, following in the footsteps of Anushka Sharma-Virat Kohli, Deepika Padukone-Ranveer Singh and Priyanka Chopra-Nick Jonas, Natasha and Varun are ensuring that their wedding photos do not get leaked.

Therefore, as per reports, household and home staff’s phones will be sealed while on-premises. It’s a strict order from the bride-to-be, Natasha, since she doesn’t want their pictures to be leaked on social media.

There is a strict No Phone Policy in place for all the wedding functions. However, it is unclear whether the No Phone Policy is only for the staff or will apply to all the guests attending the wedding too! Nonetheless, we are sure that the couple like their predecessors will treat their fans with photos from their special occasion sooner or later.

(With inputs from IANS)