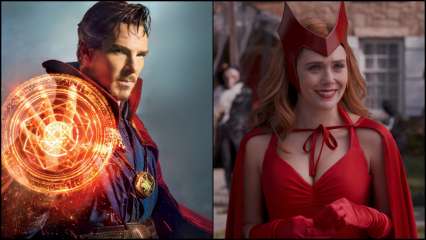 The climax of the series of WandaVision sets the beginning of Doctor Strange in the Multiverse of Madness. Thus, Elizabeth Olsen will be reprising her role as Wanda Maximoff/Scarlet Witch in the film starring Benedict Cumberbatch in the titular role. The Marvel movie is touted to be the first one of the horror genre for MCU. Meanwhile, reports were making the rounds that Benedict will be making a special appearance towards the end of WandaVision.

When asked about the same, Kevin Feige, the President of Marvel Studios told Rolling Stone, “Some people might say, ‘Oh, it would’ve been so cool to see Dr Strange. But it would have taken away from Wanda, which is what we didn’t want to do. We didn’t want the end of the show to be commoditized to go to the next movie — here’s the white guy, ‘Let me show you how power works’.”

The international portal also reported that they were planning to feature Benedict in one of the ads as WandaVision was set against the backdrop of popular American sitcoms.

Earlier when Rolling Stone asked Elizabeth about the criticism she received for her character Wanda, she had said, “She had to get away before the people who have to hold her accountable got there. And where she went is a place that no one could find her. Because she knows that she is going to be held accountable, and I think she has a tremendous amount of guilt.”

Meanwhile, directed by Sam Raimi, Doctor Strange in the Multiverse of Madness will also see the return of Benedict Wong (Wong), Rachel McAdams (Christine Palmer) and Chiwetel Ejiofor (Mordo) and newcomer Xochitl Gomez who will portray America Chavez, a new fan-favourite from the comics.