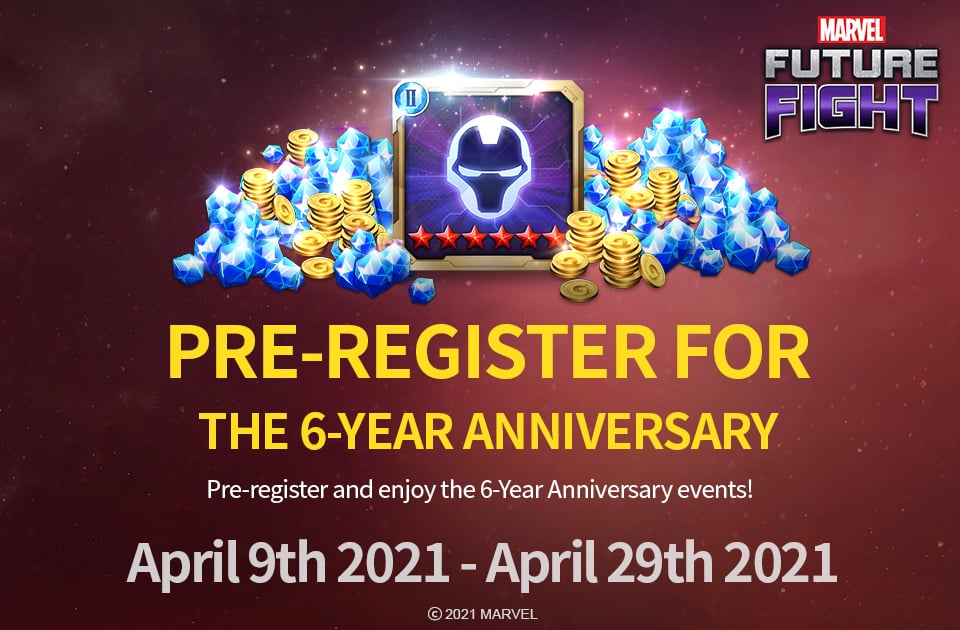 A party isn’t really a party if it doesn’t have a guest list, right? Well, Marvel Future Fight seems to think so. If you want to get involved in the game’s sixth anniversary celebrations you’re going to have to pre-register for some of them.

You can do that by visiting the official Marvel Future Fight website by clicking here. You’ll need to leave an email address and pick which version of the game you’re playing – which is obviously going to be the Android version, because you’re super cool.

The more people who pre-register for the events, the more goodies you’re going to get when it’s time to hand out the party bags. What will you get? How about 600 crystals, a Selector: Tier 2 Character and 1.5 million gold. Awwwww yeah.

There are other events running alongside the pre-registration, with players who log in during the celebrations bagging a whole bunch of treats on a daily basis. So make sure you’re poking your head into Marvel Future Fight regularly to get everything on offer. Stuff like what? Stuff like this.

Netmarble has even made a video for new players so they don’t get overwhelmed. And we’ve embedded it just below this paragraph. What a time to be alive.