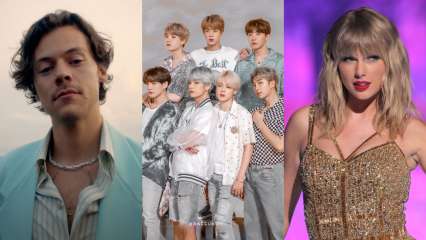 The star-studded slate of performers for this year’s Grammy Awards has been announced and some of the biggest and brightest names in the music industry are expected to take the centre stage, both virtually and in-person, at the ceremony.

As per E! News, Taylor Swift, Dua Lipa, and Roddy Rich are set to take the stage (virtual and otherwise) for the 63rd annual awards show. The trio has six nominations each and tied for the second most nods, behind Beyonce who bagged a total of nine.

Billie Eilish, Megan Thee Stallion, and DaBaby, who each garnered four nominations this year, will also be performing. Joining them on the list of performers are Bad Bunny, Black Pumas, BTS, Cardi B, Brandi Carlile, and Doja Cat.

Like many socially-distanced awards shows that have already taken place, this year’s Grammy nominees will be coming together while staying safely apart to celebrate music’s biggest night amid the ongoing coronavirus pandemic.

The audience will be limited to performers, nominees, and a small number of their guests. Throughout the 2021 show, several music venues across the country, which have been greatly impacted by the pandemic, will be honoured as bartenders, box office managers, and other day-to-day employees will serve as presenters for various awards categories.

Among the venues that will be featured are the Troubadour and The Hotel Cafe in Los Angeles, the Apollo Theater in New York City, and The Station Inn in Nashville.

The Grammy Awards, hosted by Trevor Noah, will air next on March 14 on CBS Television Network and Paramount+.