‘Don’t understand why…,’ Zareen Khan opens up on being called Katrina Kaif’s lookalike 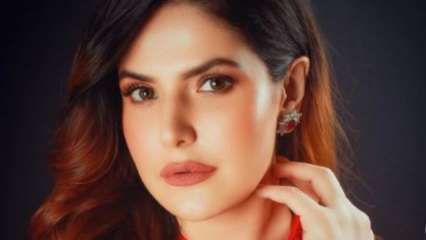 Zareen Khan, who made her debut in the Hindi film industry opposite superstar Salman Khan in the 2010 film ‘Veer’ and essayed the role of Princess Yashodhara, recently opened up about how the constant comparison to Bollywood actress Katrina Kaif did not work in her favour.

In her career spanning over a decade, Zareen has done very few films in comparison to her contemporaries who debuted in the same year as her. Nonetheless, her list of films includes ‘Housefull 2’, ‘Hate Story 3’, ‘1921’ to name a few and a music video ‘Pyaar Manga Hai’. She also hosted a few episodes of ‘MTV Troll Police’ in 2018. In 2019, Zareen made her debut in the Telugu film industry with a role in the film ‘Chanakya’.

Coming back to Zareen’s recent interview where she spoke about how her being termed Katrina Kaif’s lookalike did not work in her favour, the actress told Navbharat Times in an exclusive chat, “People come in the industry to create an identity for themselves and not to be someone else’s lookalike or shadow. I have struggled to make a place for myself in Bollywood for 11 years, but till date, people tag me as Katrina’s lookalike. No filmmaker wants to work with a lookalike or duplicate.”

Stating that it wasn’t just Katrina whom she was likened with, but that she called a duplicate of a few other heroines as well, Zareen said, “I think I have a universal face. I apparently look like a lot of people. Some call me Pooja Bhatt’s resemblance, some say Preity Zinta, some even state I am Sunny Leone’s lookalike. I don’t understand why don’t I ever look like Zareen Khan to people.”

While Concluding her interaction, the actress named a few other artists who couldn’t make it big or even find their place in Bollywood due to their comparisons to actors who were already big stars. She mentioned how Sneha Ullal was called as Aishwarya Rai’s lookalike and Ameesha Patel was termed Amrita Singh’s duplicate, claiming that it ruined that careers.

On the work front, Zareen is awaiting the release of her film, ‘Hum Bhi Akele Tum Bhi Akele’. The movie was originally scheduled to release in 2020 but got delayed due to the pandemic.