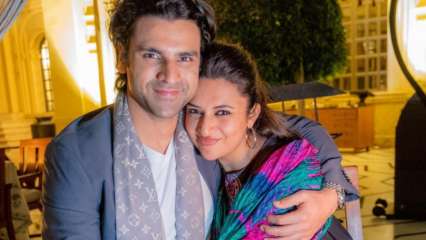 Divyanka Tripathi Dahiya and her husband Vivek Dahiya have been married since 2016 and their love story is nothing short of a fairytale. Divyanka recently opened up about her relationship and spilled the beans on how her father had reacted when she had told him that they are together.

During an interview, Divyanka said that her father ‘did raise eyebrows’ when he learned about her relationship with Vivek and that she had to go through several ‘interviews’ with family members before their wedding.

Hindustan Times quoted Divyanka saying, “Dad did raise eyebrows and I hadn’t seen him doing that in the case of my earlier ‘friends’. This happened because it was clear that Vivek and I were planning to marry. Next, Vivek was interviewed by my dad, sister, and brother-in-law. I too was interviewed by his family in a closed room.”

Divyanka further added, “I think it’s important to do such detailed interactions when you give away your daughter’s hand to anybody. Plus, when families come into play, the couple tries much more to keep the marriage going as they understand that it is a responsibility.”

For the unversed, Divyanka had recently tweeted saying that she isn’t in favour of Vivek being described in the media as her husband and that she would prefer that he crafts his own identity.

She had written, “Why are the attachments needed to address people someone’s daughter, son, spouse? Unless news and all in general start respecting sole identities, nepotism won’t stop. Everyone wants to be known by their own work.”

Divyanka rose to fame with her popular serial ‘Banoo Main Teri Dulhann’, which aired from 2006 to 2009. She then went on to star in shows such as ‘Mrs & Mr Sharma Allahabadwale’ and ‘Yeh Hai Mohabbatein’.