Trump’s 2022 Endorsements Are Earlier, Bolder And More Dangerous Than When He Was President 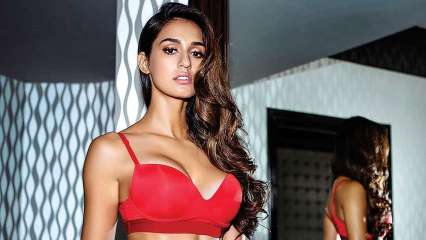 With minimal make-up, the actress wears a two-piece with a slim white wrap around her waist. She stands bare feet on the sand.

Disha prefers to do the image do all the taking and avoids a worded caption. She uploaded an emoticon of a koala in a hammock, though, along with the image, suggesting holiday vibes.

In the picture, the actress is seen striking a pose with utmost perfection as she touches her open hair and flaunts her well-toned legs. Disha’s sister Khushboo, Tiger Shroff’s sister Krishna Shroff and actor Elli Avrram dropped in happy comments on the picture.

Take a look at Disha giving major fitness goals in the photo.

The actress regularly posts pictures in beachwear flaunting her well-toned and fit frame.

A few days ago, Disha had shared a workout video in which she was seen lifting 70 kg weight and performing squats.

On the work front, Disha has started shooting for “Ek Villain Returns” along with John Abraham. She will also be seen in “Radhe: Your Most Wanted Bhai” alongside actor Salman Khan, and the Ekta Kapoor-produced heroine-centric drama “KTina”.

Our daily workwear reports suggest one piece of work-appropriate attire in a range of prices.I’m not usually a...
Politics

Trump’s 2022 Endorsements Are Earlier, Bolder And More Dangerous Than When He Was President