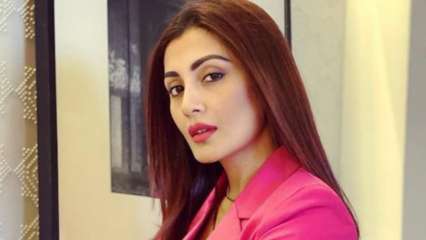 Actor Rimi Sen, who had made her Bollywood debut with the 2003 film ‘Hungama’, recently revealed that she auditioned for Shah Rukh Khan’s film ‘Swades’ and Sanjay Dutt, Gracy Singh, and Arshad Warsi starrer ‘Munna Bhai MBBS’.

During an interview with the Times of India, Rimi said, “I had done a commercial with Ashutosh Gowariker, so I had a cordial relationship with him and hence I also auditioned for Swades. But later on, Gayatri Joshi got it. I had also auditioned for Munna Bhai MBBS and had even received a positive response also for it, but eventually Gracy Singh played the part. So, there have been several such instances and opportunities that I have lost, but then such things are part and parcel of an actor’s life, one has to take it positively in their stride.”

Rimi, in her interview, also revealed that she got into the entertainment industry for financial reasons and was never bent towards fame. Rimi said that she doesn’t like being in the public eye and chose a career in films only because she ‘wanted to make money’.

Rimi also said that she got ‘tired’ of doing comic roles after working in films like ‘Hungama’, ‘Garam Masala’, ‘Deewane Huye Paagal’, and ‘Golmaal: Fun Unlimited’.

The ‘Dhoom’ star said, “When I wanted to do serious work, I approached Sriram Raghavan, Tigmanshu Dhulia but unfortunately those films were way ahead of their time and didn’t work out, so my options were again closed.”

On the work front, Rimi was last seen on the big screen in Tigmanshu Dhulia’s film ‘Shagird’, which was released in 2011. She also appeared as a contestant on the popular reality show, ‘Bigg Boss 9’, in 2015.