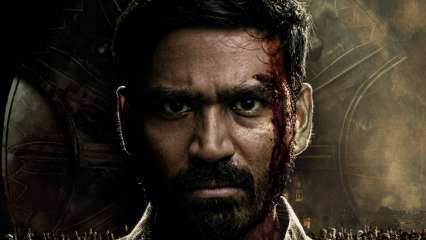 After hinting about getting a theatrical release in April 2021, Dhanush has finally unveiled the date of Karnan’s release. The actor took to his social media pages and shared a poster featuring himself. In the poster, Dhanush is seen handcuffed while being bruised on his forehead. He is showing immense anger and standing against the backdrop of a huge crowd. Karnan is slated to release on April 9, 2021.

Earlier regarding the release date of Karnan, Dhanush had released a statement which read as “Karnan releases April 2021 in theatres. A much needed encouraging news at the right time. Thank you Thanu Sir for thinking of the theatre owners, distributors, exhibitors and everybody whose livelihood is dependant on films and theatres, even though you had other options. A big thank you on behalf of my fans as this means a lot to them. Love you all. Spread love…!”

Karnan is directed by Mari Selvaraj, while the film is produced by Kalaippuli S Thanu. The music is composed by Santhosh Narayanan.

During an interaction with Vikatan, Mari was asked about Karnan. The filmmaker had said, “Karnan is a fictional film based on stories I have heard in my life. But unlike Pariyerum Perumal, here my protagonist doesn’t shy away from injustice because his upbringing is different. Karnan was supposed to be my first film, but director Ram sir told me that I have to prove myself first to narrate this script to a big star. After Pariyerum Perumal, I got a call from Dhanush sir, and Karnan happened.”