Earlier today, we talked about the various nerfs that are being implemented in Destiny 2: Season of the Chosen ahead of season 14 on the horizon. The reason behind the wide swath of nerfs is that the studio is bringing in a ton of new weapons and gear for the upcoming season, and the team is making preemptive changes to ensure that those arrivals fit right in. While we don’t know even a small portion of what’s on the way, Bungie did reveal the new Season 14 Iron Banner weapons on the way to help ease the blow of the most recent nerfs.

Iron Banner is slated to kick off one last time in Season of the Chosen on April 13 at 10 a.m. Pacific until April 20 at the same time. This will be the final Iron Banner before season 14, so get in there if you still need to complete the Iron Sharpens Iron Seasonal Challenge. Saladin also offers weekly bounties that are great for leveling, especially for those trying to get to 1325 for Grandmaster Nightfalls.

Regarding what’s next, here’s our first look at the new weapons on the way for the upcoming season: 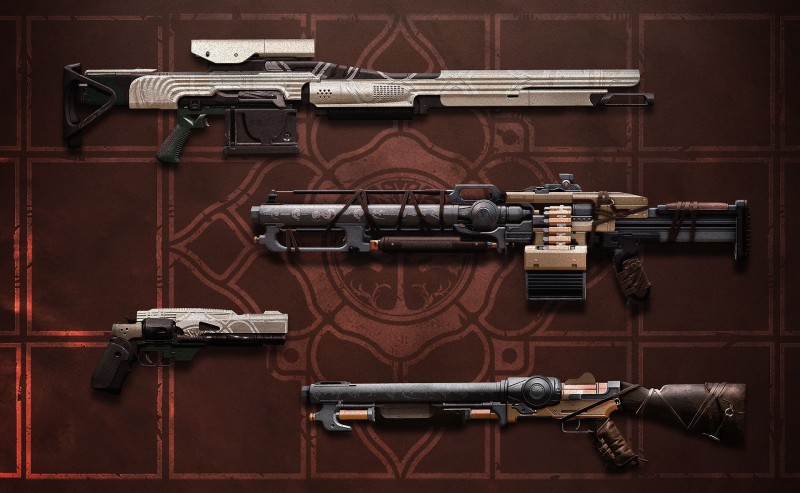 The Hand Cannon and Sniper Rifle, seen above, will be familiar for dedicated Guardians, but there will also be brand new weapons joining as well. “Our goals moving forward are to continue bringing some Year-1 weapons up to speed with random rolls, but also bringing some new rewards into the fold when possible,” said Bungie in its most recent update. “This always depends a bit on what resources we have for a given season, but we’re looking forward to a few new Iron Banner-themed tools for your arsenal.”

There will be new armor in Iron Banner as well, but the studio isn’t ready to share that first look quite yet since it won’t be ready to debut for a few more seasons.

I’m interested in seeing how the new weapons operate, given the recent meta changes. It’s nice to see a blend of returning favorites and new weapons. While I like that Bungie keeps bringing back familiar items, it does get a little exhausting when returning gear takes a priority of brand-new weapons and armor.

What do you think about our first look at the new weapons for Destiny 2: Season 14 Iron Banner? Sound off with your hopes and Guardian-driven dreams in the comment section below!