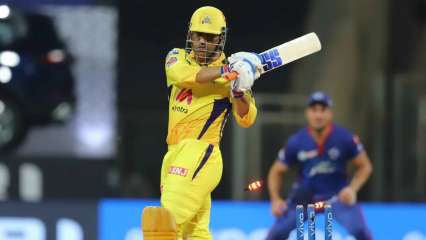 Chennai Super Kings didn’t have a great start to their campaign in the 14th edition of the Indian Premier League (IPL) after losing to Delhi Capitals in their first game, but it could go all haywire for the men in yellow as their skipper Mahendra Singh Dhoni could face a harsh penalty after their second game against the Punjab Kings on Friday.

Dhoni was fined for INR 12 Lakh after his side’s first game for maintaining a slow over-rate and breached the IPL Code of Conduct related to over-rate offences, which makes the Friday’s clash for him very crucial to not repeat the same. As per SOPs for the 2021 season of the IPL, the franchises need to finish their 20 overs in 90 minutes stipulated time and failing that the captain could face penalties.

As per the IPL Code of Conduct, violating the rule for the first time would mean a fine of INR 12 lakh and in case of a repeated offence within the next couple of games, then the captain could face a harsh penalty. The decision of handing a match ban rests with the match referee.

As per the IPL 2021 Playing Conditions, the officials will calculate the over-rate at the end of each innings taking following allowances into consideration according to Clause 12.7.3:

1. The time lost as a result of treatment given to a player by authorized medical personnel on the field of play

3. The time is taken for all third umpire referrals, consultations, and any umpire or player reviews

4. The time lost as a result of time-wasting by the batting side

5. The time lost due to all other circumstances that are beyond the control of the fielding side