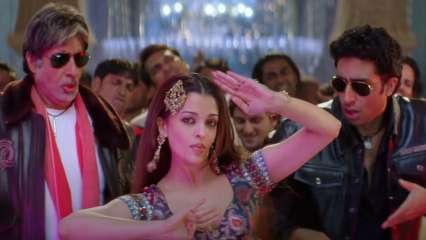 Zee TV has been a pioneer and a trend-setter in shaping television content over the past three decades and once again, it seems to be changing the face of music reality shows with its latest non-fiction property, the Indian Pro Music League (IPML). In a clutter-breaking format innovation, Zee TV launched the world’s first-ever music league championship on February 26th, 2021. While the world of sports has seen several league competitions, this unique music league has six teams representing different regions of India, battling it out against each other in a musical championship. Each of these six teams supported by leading Bollywood and sports celebrities has top playback singers as their captains, one reality show star, and one fresh voice. Celebrated singers – Mika Singh, Kailash Kher, Sajid Khan, Shaan, Ankit Tiwari, Javed Ali, Asees Kaur, Bhoomi Trivedi, Akriti Kakar, Payal Dev, Neha Bhasin, Shilpa Rao are captains of these six zonal teams. In the upcoming episode of the show, the audience will witness a grand musical battle between Gujarat Rockers and Mumbai Warriors. The Gujarat Rockers’ captain Javed Ali had the studio audience shaking a leg as he sang his famous ‘Kajra Re’ from ‘Bunty Aur Babli’. In fact, after the electrifying performance, Javed Ali revealed an interesting anecdote about the song! Recalling how the song came to him, he revealed, “During that time I was majorly recording demos for songs. One fine day, I got a call from Shankar (Mahadevan) asking me to visit him for a recording, but when I got to know that the song was going to be picturised on Amitabh Bachchan, I was sure I won’t get it because my voice would not match his in the movie. But when you are struggling, you don’t let go of any opportunity that comes your way, right? I did the same and I started following a couple of songs sung by Kishore Da which were picturized on Amit ji to get the voice texture that suits him. I practised a lot and that’s how I got Kajra Re.” He further added “Even then, I knew I was only recording a demo and the makers had to approve it. But a few days later, when I was performing at a show with Shankar-Ehsaan-Loy, Ehsaan came up to me and said that the song was sounding great, and that Aditya sir (Chopra) wants me to record it. Immediately after the show we all went back to the studio, recorded the song, and trust me when I say it, it took us exactly 20 minutes to record the song.”

For the unversed, the song was picturised on Aishwarya Rai Bachchan and also featured Abhishek Bachchan besides Amitabh Bachachan. Meanwhile, on Indian Pro Music League while Javed Ali’s performance and revelations will surely leave you stunned, wait till you see the mega musical battle between Gujarat Rockers and Mumbai Warriors. Shilpa Rao, Kailash Kher and their team that will come out all guns blazing as they face off Javed Ali, Bhoomi Trivedi and their team.