But if there’s one thing you can count on cheering you up, it is the random SZA thirst trap you peep when scrolling through Twitter or Instagram. The singer-songwriter is still reeling off the major success of 2017’s CTRL album that dudes and side chicks alike singing along to every word and note. But four years later, she’s entered a new chapter in her career but is still putting on bangers like The Neptunes produced and Ty Dolla Sign assisted “Hit Different” and “Good Days.”

The nine-time Grammy nominee also expanded her brand in a year that proved to be a racial reckoning by connecting with Tazo tea.

“There’s something about them creating job opportunity in the disproportionately affected communities that makes me very attracted to the whole situation,” SZA tells BAZAAR, adding, “you’re actually insourcing, rather than outsourcing, from the direct community, then creating value,” she says.

But as fans await new music from the songstress, she’s launched GOODLINE, which she dubs as a ” hotline to cry n laugh n talk” with her fans. As with any major announcement, a photodump was necessary to get the word out, as the last slide in the gallery serves as a promo.

But seeing the thirst traps had us dig deep in the archives to peep our favorite SZA posts on Instagram, which you can check out in the gallery below. 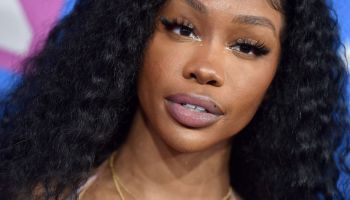