Actress-singer Shehnaaz Kaur Gill, who shot to fame and became a household name after her stint in the controversial reality show ‘Bigg Boss 13’, is taking the internet by storm yet again with her latest pictures.

An avid social media user, Shehnaaz often takes to her Instagram handle to treat fans with her photos and BTS pictures and videos from her ongoing projects.

In her latest Instagram Stories, the ‘Bigg Boss 13’ contestant treated her fans with a series of photos of herself donning a red turban.

The gorgeous Punjabi singer Shehnaaz looked uber cool in the photos that she shared on social media sporting a turban. The actress teamed the red turban with a pink hoodie.

The photos seem to be from one of Shehnaaz’s upcoming projects (or maybe not). The actress did not reveal anything about her look. Whatever the case may be, Shehnaaz sure has taken the social media world by storm with her images.

Check out some of the photos below: 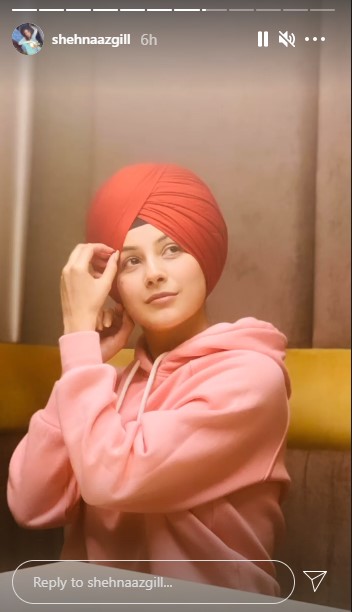 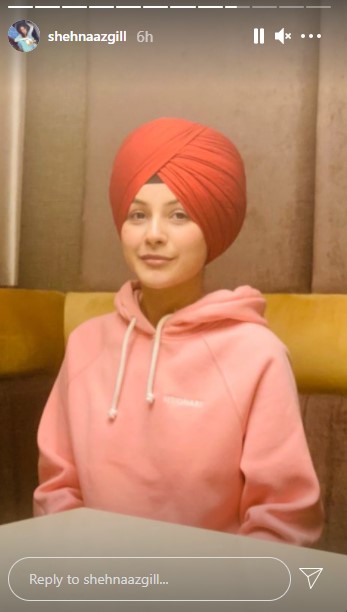 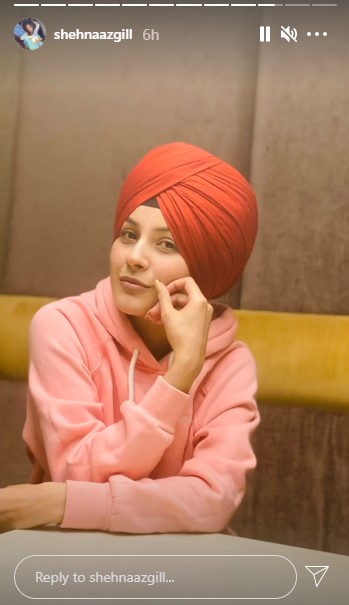 As soon as Shehnaaz shared the images, many took to mico-blogging site Twitter to call her the ‘cutest Sardarji’ ever!

For the unversed, Shehnaaz enjoys a massive fan following of 7.4 million followers on her social media handle. And her ardent fans take no time in liking her pictures and making them viral on the Internet.

Earlier, the 28-year-old shared a series of photos with singer Diljit Dosanjh.

On the work front, Shehnaaz has been busy shooting for Diljit Dosanjh produced film ‘Honsla Rakh’ with the singer himself, Sonam Bajwa and others.

The duo first met on the sets of Bigg Boss 13 and developed a close bond over the course of the show. Since then both of them have been frequently spotted together and have also done multiple work projects with each other. Because of their chemistry nd the close bond that they share, the two are often shipped as #SidNaaz.