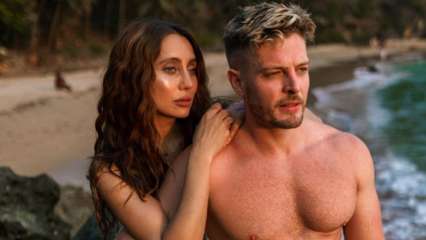 After a lot of speculation, ‘Bigg Boss 10’ contestant Jason Shah finally confirmed his relationship with VJ and TV personality Anusha Dandekar. Jason mentioned that he and Anusha met on the sets of a music video.

Spilling the beans about their relationship, Jason told Times of India that he loves that Anusha is kind and free-spirited. Jason said, “I have known Anusha and her sister Shibani for a very long time now, but I got to know Anusha closely just a few weeks back. She is gorgeous, extremely kind, and a free spirit who believes in living life in the moment. I love that about her. We have been dating for a while and life has been beautiful with her.”

Jason also added that he hasn’t been in a relationship for the past three years.

About how he met Anusha, Jason said, “When I relaunched my sister in a music video, I was directing it and Anusha was also acting in it. That’s when we met and clicked really well. I have never met someone like her. She never judges me. We are just enjoying this phase and are spending quality time together. Anusha and I also have many common friends and it’s fun. There is a great cosmic connection between the two of us. Hopefully, this will only grow stronger in the future.”

On the other hand, Anusha, on Thursday, opened up about her breakup with Karan Kundrra during an Instagram QnA session. A fan asked Anusha, “How u dealt with ur breakup?..I know u must have been torn 4m inside…but u looked so strong.”

To this, Anusha replied saying, “You know I wasn’t even torn from the inside, I was more shocked and disappointed in what I had accepted all these years when I stepped away and saw the reality of what was going on…how much self-love and self-respect I had allowed myself to lose…I really broke my own heart…if that makes sense.”