The Polls Consistently Show A Close Governor’s Race In Virginia

KLM to Expand US Capacity When Borders Reopen 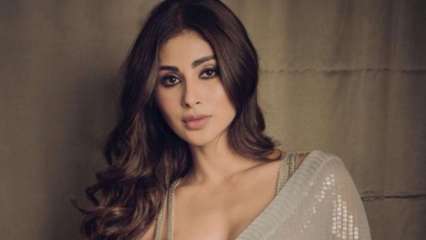 Actress Mouni Roy feels the Bhagavad Gita must be made a part of the academic curriculum across India. The actress adds that she turned to the Hindu scripture during the lockdown and, having discovered its core value, believes it should be inculcated at the school level.

“I read Bhagavad Gita Ka Saar in childhood but didn’t understand it until now. See, one of my friends started reading the Bhagavad Gita and I also joined the class — this is before lockdown — and I didn’t make many classes due to my hectic schedule. But during the lockdown, I was very religious. I think it should be a part of our school curriculum. I genuinely feel that it is more than a religious book. It is ‘life ka saar’ (crux of life), eternal knowledge, and it is basic knowledge. If you have a question in your head, the Gita has the answer,” said Mouni.

Asked if the entertainment sector needs to inculcate the teachings of the Gita, she replied, “The Gita is needed worldwide, not just in India or Bollywood or School. In India, it could change the orthodox thought process in families. We talk about ‘Beti Bachao, Beti Padhao’. Instead, it should be ‘Beta Padhao, Beta Bachao’, I think society is in need of this knowledge or awareness.”

“We literally live in ignorance, and we actually come from a country of the Vedas and the Upanishad, yet we don’t do anything. We are sitting on a gold mine and we don’t do anything on it. The entertainment industry is a stressful place, you don’t have the concept of Saturdays and Sundays, a 9-to-5 job, and we are constantly consumed in our minds and thoughts. So, for sure, the Gita is needed here, but having said that I think (be it) the rural, the urban, and the metros, everyone is in dire need of the Bhagwad Geeta’s teachings,” added Mouni.

Mouni will be seen in Ayan Mukerji’s fantasy action adventure “Brahmastra” alongside Amitabh Bachchan, Ranbir Kapoor, Alia Bhatt and Nagarjuna, with Shah Rukh Khan in a cameo. Talking about working with such a talented cast, Mouni said: “Ayan Mukerji is a brilliant mind. He is all heart and I think he has given this project his life. If I remember it right, he told me that he has been working on this project for almost seven to eight years now. He is God’s child, for sure.”

“Ranbir Kapoor and Alia Bhatt are fire on screen and they are beautiful human beings on sets. So, I feel very lucky. With Brahmastra, I got to work with Nagarjuna, and obviously Amitabh Bachchan — he is the greatest. I cannot forget the day I met Shah Rukh Khan. So, it’s like a dream you`d never thought would come true, and it has come true,” she summed up.

The Polls Consistently Show A Close Governor’s Race In Virginia

In this installment of the FiveThirtyEight Politics podcast, the crew talks about why President Biden’s approval rating is...
Travel

KLM to Expand US Capacity When Borders Reopen

Delta to Add 100 Daily Departures Out of NYC