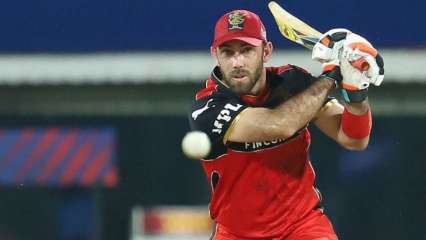 The Indian Premier League (IPL) 2021 did face backlash even before it started, but saw even more after the ‘bio-bubble’ was breached and players from many franchises were seen testing COVID-19 positive.

Amid all this, Australian Cricketers Association (ACA) chief executive Todd Greenberg said that Australian cricketers should do due diligence and homework when it comes to assessing risks in overseas T20 leagues at a time when the COVID-19 pandemic is wreaking havoc.

The IPL became the second T20 league after Pakistan Super League (PSL) to be suspended mid-way in 2021 due to the pandemic. IPL 2021 was postponed indefinitely on May 4.

As many as 14 Australian players along with support staff and commentators (a total of 40) were left stranded in India after Australia had shut its borders for all those flying from India until May 15.

The Australia cricketers who were part of the IPL will head to the Maldives and wait for a connecting flight back home. “I’m not sure it will create reticence but it will ensure players do their due diligence before they sign agreements,” Greenberg told ESPNcricinfo.

“The world is literally changing before our eyes particularly with Covid and on that side of the world, obviously, those cases are going up exponentially.”

While a few Australian players, namely Josh Hazlewood, Mitchell Marsh, and Josh Philippe, withdrew before the cash-rich tournament began, the likes of Adam Zampa, Kane Richardson, and Andrew Tye pulled out midway and managed to return home before their government closed their border.

“We’re enjoying our freedoms here in Australia. It is a very different place over there. If anything it sends a message to players about making sure you do your homework before making any decisions,” Greenberg added.

Greenberg added that many members of the Australian contingent may be dealing with anxiety and stress, but he has promised help once they return to their country.

“I was at pains to point it out during the week, the public will see our best Australian cricketers as almost superheroes, they’re brilliant athletes, great cricketers, but they’re human beings, some of them are fathers and husbands and they’re under enormous amounts of stress,” Greenberg said.

“Some deal with it differently. This will probably be an experience they will never forget.

“We will help them when they come home. Some will cope with it really well, others will need support and counselling and that’s what we’ll do.”

Share
Facebook
Twitter
VK
WhatsApp
Linkedin
Telegram
Previous articleHow to Unlock an Extra Life with the Astronaut Figurine – Returnal Wiki Guide
Next articleLucky Ali responds to reports of his death, has THIS to say
- Advertisement -