“Tu lipstick wali leke jaayega, ke bina lipstick wali (Will you go on a one night stand with a girl who is wearing lipstick or the one without it)?” Dibakar Banerjee’s new film starts with a couple of creepy guys discussing their fantasies while the one sitting in front tells the person driving to overtake one of the cars.

We are told this is the outskirts of Delhi, the underbelly of the country’s capital and the car he overtakes, is of Arjun Kapoor’s character, who yells in a distinctive Haryanvi accent after his car has been overtaken. The titles role and after the same, we see the same scene from the perspective of our protagonists Sandy Walia aka Sandeep Kaur(Parineeti Chopra) and a Haryana Police constable, Satinder ‘Pinky’ Dahiya.

The 10-minute sequence elaborates and gives a peek into Pinky and Sandeep. Pinky, a constable, belonging to the lower-rung of the society, which is deeply rooted in patriarchy, divided and unequal in terms of class, caste, gender. While Sandy Walia, with her straightened hair, fancy clothes, expensive designer bags and a shady past relationship with her boss belongs to the upper class working in a banking job.

The two protagonists represent two versions of India that are at constant tussle due to differences in upbringing, mindset and life experiences. Dibakar and his co-writer Varun Grover (Sacred Games, Masaan) set the world beautifully. There’s a touch of reality in the setting, the characters and the world of SAPF.

The story moves at a snail’s pace and the viewer could get itchy as the warming up takes time. But, the engaging plot, especially the backstory of the characters, which comes and goes through flashbacks, indicates there is something simmering, even though at the expense of time.

Both Sandeep and Pinky are running. One after being betrayed by his own boss when he gets to know that he was going to get killed in the first place, while the other sowing seeds of her questionable taste in men and her boss is now after her life.

The running takes them and the viewers from the badlands of North India to the scenic mountains at the Nepal border in Pithoragarh. Here, we meet an ageing couple, the Mehras, played by the exceptional Neena Gupta and Raghubir Yadav, who disagree on the fact that will their daughter whose room is given to Sandy and Pinky as paying guests, visits them frequently or will visit them in future or not?

This is where the promising idea gets lost and the plot gets more convoluted with additions of a banking scam and Sandeep trying to get her revenge from her pervert boss through Yadav’s character, who has also invested in the same scheme. 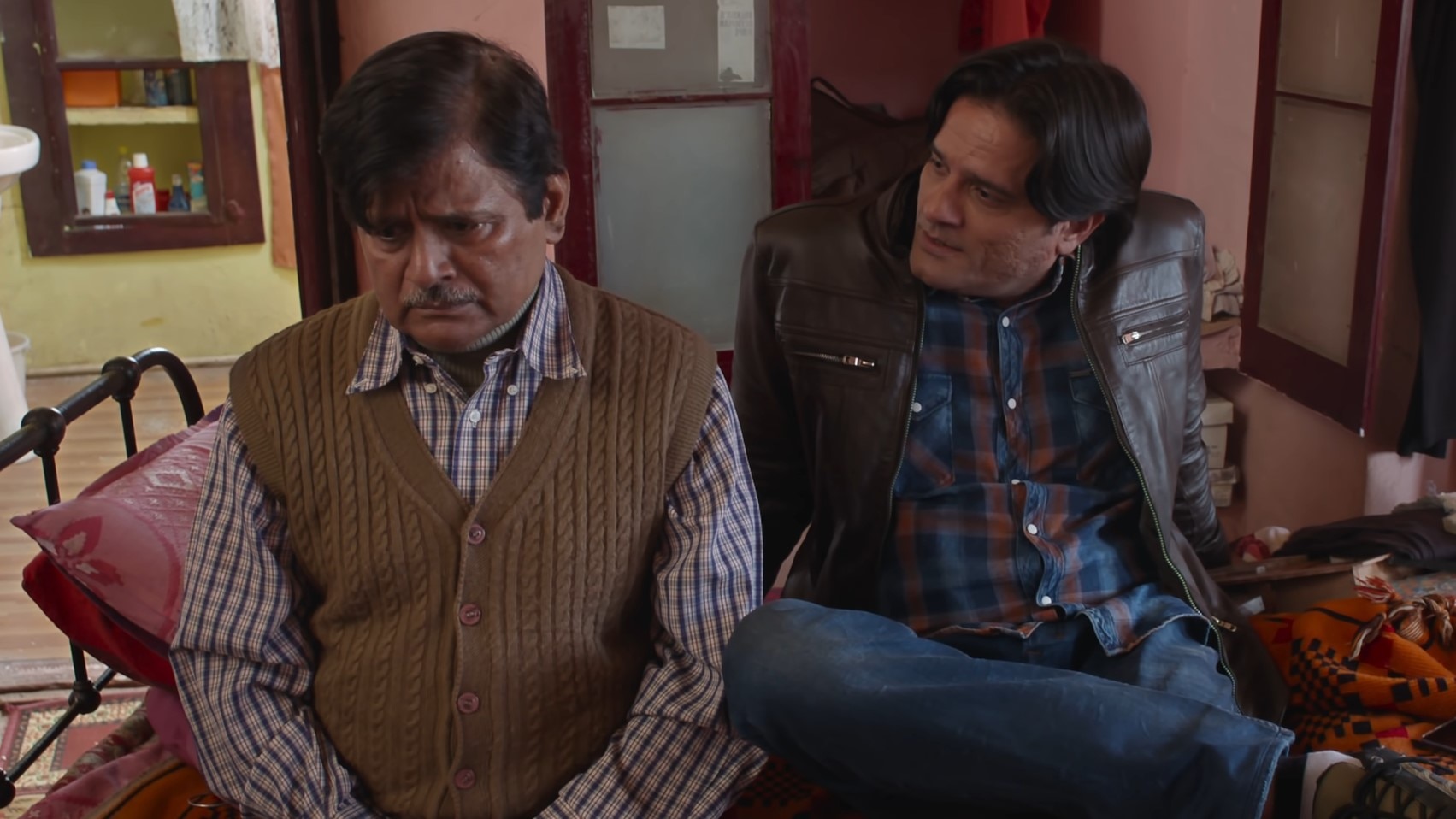 Kapoor, as the rugged and grumpy unlikeable cop with a dwindling Haryanvi accent, holds his ground but is let-down by the lack of detailing in his character. He is earnest in whatever he does, whether it’s attempted strangulation or the anger and frustration which he lets out or that amazing dance sequence where lets loose as if no one’s watching.

Chopra, however, gets the better part of the cake. She is scratchy at the start, but it gets better, way better as the layers start to unfold and her acting skills are at display.

Ultimately, the film’s initial promise of a comedic thriller about the class divide gets lost in its pace and execution. Also, an actor of the stature of Jaideep Ahlawat as Tyagi, Kapoor’s boss is wasted.

Not all is lost though, Dibakar Banerjee as a director demands the attention of the viewers and dedication from the actors and it shows. Wish he had given a little more of this attention to the screenplay as well.

“Hum sirf number hain tumhare liye, idhar fit nahi aaye toh udhar fit kar diye (We are just numbers for you, if we are not worth at one place, we get fitted at some other),” says Pinky to Sandeep. How I wish, it could have been built on from there, but sadly it gets off-track soon.