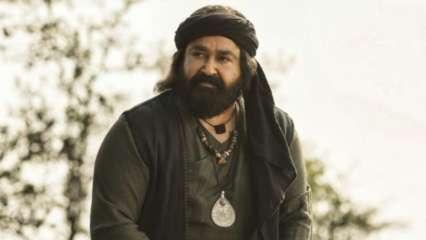 Ace filmmaker Priyadarshan’s happiness knew no bounds after he heard the news that his film ‘Marakkar, the Lion of Arabian Sea’ (Marakkar: Arabikadalinte Simham in Malayalam) received the National Award for Best Feature Film.

The 64-year-old Padma Shri awardee said the Mohanlal-starrer ‘Marakkar: Arabikadalinte Simham’ is the outcome of his four decades in the film industry.

“It took three years for the film to commence shooting after the first day I conceived it. It was like a dream come true for me and Mohanlal. I am really happy and this should not be seen as my film, it’s our film. So many people played a huge role in the making of this film,” said Priyadarshan.

The film tells the tale of Kunhali Marakkar, the famous naval chief of the Zamorin of Calicut, often known for organizing the first naval defence on the Indian coast.

Mohanlal, known for his flexibility and adaptability to any character, played the lead role. The star casts include thespian actor Madhu, Manju Warrier, and a host of actors both from the southern film fraternity and Bollywood besides four British actors and one Chinese.

Priyadarshan was deeply moved by this fete, and said he never expected to repeat his 2007 accomplishment when he got the best feature film for ‘Kancheepuram’. “But now it has come again so I am really happy. Please do not say this as my film, this is our film,” added Priyadarshan.

The veteran director’s son — Siddarth Priyadarshan — fresh from the US after studying also landed his first national award for ‘Marakkar: Arabikadalinte Simham’.

Even though the film was ready for release last year, following the COVID-19 pandemic, it was postponed and Priyadarshan said it will be released in May.