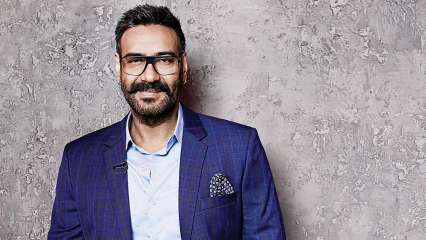 Actor Ajay Devgn turned 52 on Friday but the star was unhappy about the fact that he could not celebrate his birthday with his fans. The ‘Tanhaji’ actor even took to his Instagram handle to share a note wherein he spoke about how he would have celebrated his special day with his fans had it not been for the pandemic.

In the note, the actor also thanked his fans and fan clubs for their “unstinted support” and “sincere birthday wishes”.

However, a few of his ardent fans couldn’t miss the actor’s special day and so treated him with a sweet surprise as they gathered outside his Mumbai residence. they even brought with them a birthday cake to mark the special occasion.

Some photos from the low-key celebration were shared by celebrity photographer Viral Bhayani on social media and it went viral within minutes.

In the photos, the actor is surrounded by fans as they touch his feet and seek his blessing and later, cut the birthday cake with the actor.

As soon as the photos made their way on social media, a section of users was displeased with the fans touching Ajay’s feet. While some dubbed it as “unnecessary drama”, others asked, “is he god or what?” Some even said that “these celebrities should not be worshipped.”

“Why do they have to touch his feet? Is he God?! How crazy is this!!” wrote a user. “Indians need to stop worshipping these celebrities like a god,” wrote another.

He derives strength from empowering his people!

‘RRR’ is Rajamouli’s first project after the 2017 blockbuster hit Baahubali 2: The Conclusion.