Ahead of Alia Bhatt’s birthday, ‘RRR’ makers unveil silhouette of her look as Sita 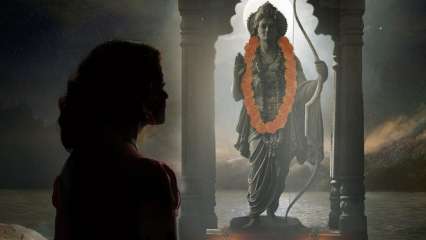 On Saturday it was announced that Alia Bhatt’s first look from RRR will be unveiled on March 15, 2021. The makers decided to treat fans to the actor’s look from the film on the occasion of her 28th birthday. Now ahead of that, Alia took to her social media pages and shared a glimpse of her look as Sita from RRR. In the photo, the actor’s silhouette can be seen and she is worshipping.

Alia is seen wearing a saree and hair tied in a bun. She is giving an intense look while her side profile is visible. The actor posted the photo with a caption stating, “Coming tomorrow #RRR.”

While the official Instagram page of RRR wrote, “Sita’s wait for Ramaraju might be long. But your wait to meet her is almost over! Unveiling @aliaabhatt as #Sita tomorrow at 11 AM. #RRRMovie #RRR.”

This is Alia’s first pan Indian film and the actor will be seen mouthing dialogues in Telugu. Earlier during an interaction with a daily, Alia spoke about the same.

She stated, “Shooting for this film was a very different experience for me because along with Hindi, I also had to shoot in Telugu, which is a language I don’t know. I literally lived with the lines for a year and a half. By the end of it, I was speaking my lines in my sleep.”

Alia added, “I was waking up and saying my lines for breakfast, snack and dinner. I’m extremely excited and thrilled to be a part of this film to be directed by Rajamouli sir and to work with these extremely talented and larger than life actors Junior NTR and Ram Charan.”

Directed by SS Rajamouli, RRR is slated to release on October 13, 2021.