The deadly coronavirus pandemic has plagued the entertainment industry since last year and again the Hindi film industry has come to a halt, given the huge spike in COVID-19 cases due to the second wave of infections.

Last year, during the lockdown, Aditya Chopra lent his support to thousands of daily wage earners of the film industry by crediting money directly into their bank accounts. The biggest production house of India, Yash Raj Films, has again decided to come forward in this moment of need and is launching the ‘Yash Chopra Saathi Initiative’ to provide support to thousands of daily workers in the film industry.

Aditya Chopra has taken cognizance of the massive socio-economic and humanitarian crisis that the daily workers of the industry are currently facing and The Yash Chopra Foundation – is rolling out the ‘Yash Chopra Saathi Initiative’ so that thousands of daily wage earners can tide over these turbulent and highly unpredictable times.

As part of the initiative, the foundation will initiate a direct benefit transfer of Rs 5000 to the women and senior citizens of the industry as well as distribute ration kits to workers for a family of 4 for an entire month through their NGO partners Youth Feed India. Through an online application process at https://yashchoprafoundation.org, those in need can apply immediately to avail this support from YRF. 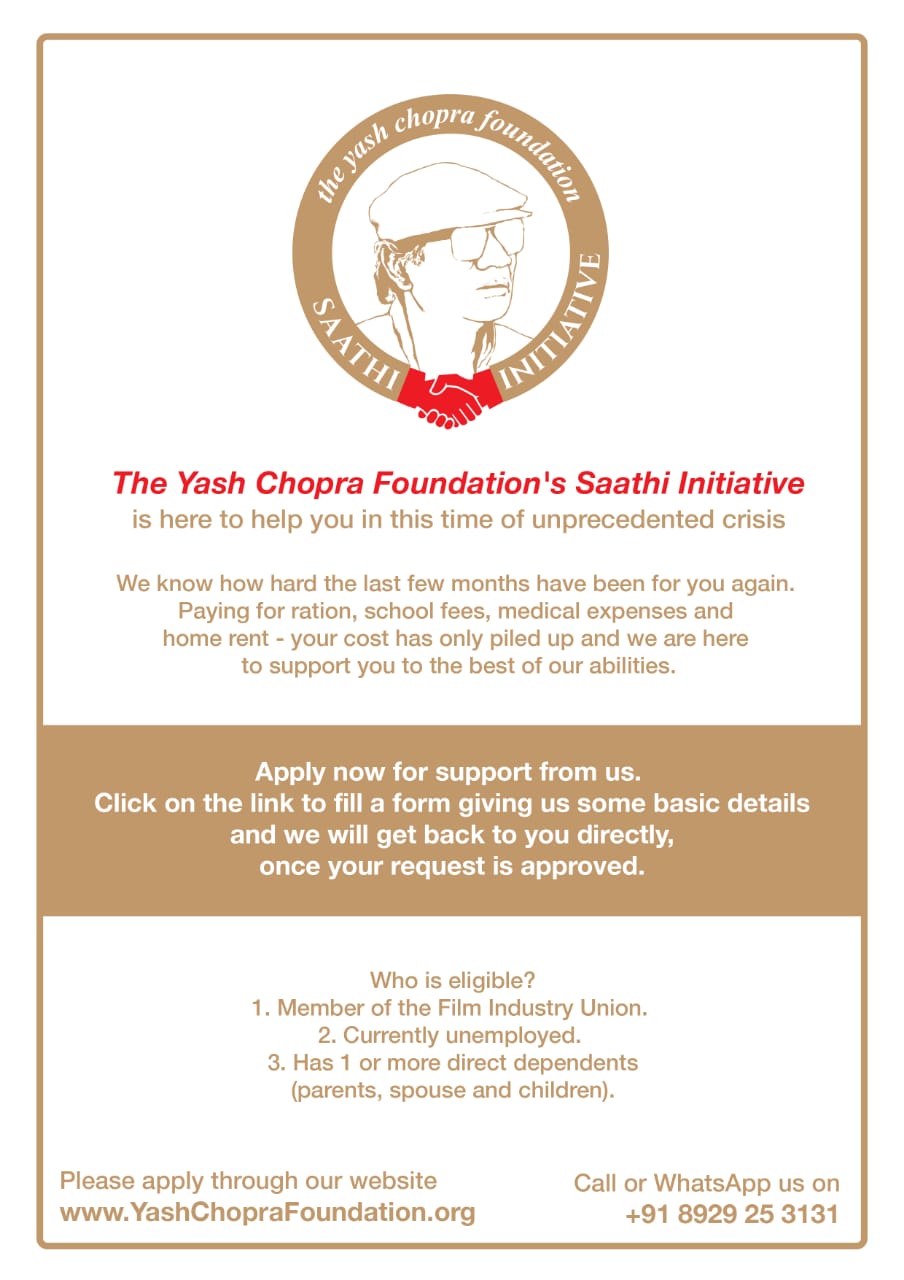 Akshaye Widhani, Senior Vice President, Yash Raj Films says, “The Yash Chopra Foundation is committed to constantly and relentlessly being a support system to the Hindi film industry and its workers who have been an integral part of our 50 year journey. The pandemic has pushed the backbone of our industry, the daily workers, to a breaking point and YRF wants to support as many workers and their families who are in need due to the loss of livelihood. Yash Chopra Saathi Initiative is aiming to provide support to the pandemic hit workers of our industry who we urgently need to focus on.”

Aditya was also recently in the news for appealing to the Maharashtra Chief Minister Uddhav Thackeray to let YRF vaccinate 30,000 daily workers.