50 after five years for Glenn Maxwell against Sunrisers Hyderabad 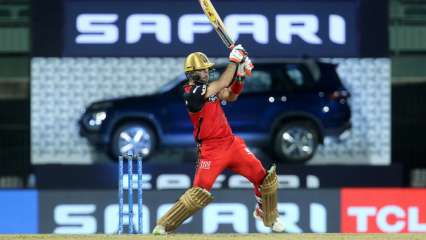 After being released by Kings XI Punjab (now Punjab Kings), it was Royal Challengers Bangalore (RCB), who showed faith in Glenn Maxwell and purchased him in the mini-auction that took place before the 14th edition of the Indian Premier League (IPL) 2021.

And sure, Maxwell did not disappoint as in the first clash against Mumbai Indians (MI) he scored 39 runs off 28 balls, and now in the match against Sunrisers Hyderabad (SRH), he scored his much-deserved half-century.

His 50 came after a total of five years, the last he scored in 2016. Maxwell went in for two runs in the 19th over of Jason Holder and scored his IPL fifty.

The much awaited half-century for @Gmaxi_32 . This one comes after the 2016 edition of #VIVOIPL.

Most innings between two 50+ scores in IPL:

Maxwell also was the highest run-scorer for RCB against SRH, with skipper Virat Kohli scoring 33 runs off 29 balls. RCB kept losing wickets at regular intervals and ended up with 149 on the scoreboard after losing eight wickets.